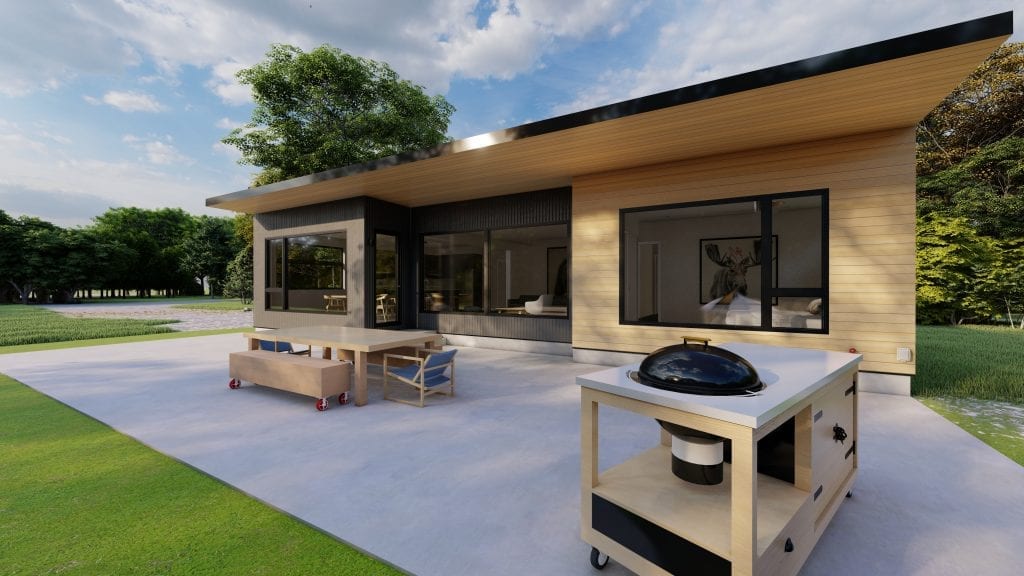 What is the BC Building Code?

What is the Step Code?

In April 2019, the Government of British Columbia introduced a new initiative aimed at improving energy efficiency in modern homes. It is known as the ‘Step Code’. The Step Code is a series of building performance criteria designed to improve end-use energy efficiency in new construction. By 2032, the Step Code plans to have all new construction ‘Net Zero Energy Ready’!

What is the purpose of the Step Code?

The British Columbia Step Code is one small part of the BC Climate Action Plan, established in 2008, which summarizes procedures to drastically reduce the impact of climate change in the region. Driving factors on top of the general idea of global warming and climate change is the idea that spending more upfront for an energy efficient home will save you money down the road in regards to heating and cooling, etc.

What is ‘Net Zero Energy’?

The term ‘Net Zero Energy’ simply means achieving a balance between the greenhouse gases put into the atmosphere and those taken out; also known as being ‘carbon neutral’. Simply put, the Step Code aims to have your home produce as much energy as it consumes.

There are three general principles of achieving a good net zero building, as follows:

More insulation and more airtightness are the fundamental starting points for building a more efficient home. In addition to using higher R-value insulative materials, and more insulation as a whole, there are more measures which can be taken to ensure your building envelope will perform to maximum efficiency. Ensuring the use of energy efficient heating and cooling systems and higher performance windows will improve your Building Envelope performance.

This principle is the most expensive out of the three discussed, but might be the most important for getting to Net Zero. There are various renewable energy resources available for generating electricity, heating water, and storing energy, among others. For example, solar water heaters are a great option for replacing gas water heaters, as they provide a more energy efficient replacement and the PV panels can also be used to store energy and help in shifting the peak load. Wind energy has also been proven to be one of the most cost effective options if the wind is continuous and steady. Wind speeds between 10-25mph is the recommended minimum.

What does this mean for new Construction?

The Step Code has two different plans, one for BCBC Part 3 Commercial buildings and one for BCBC Part 9 Residential homes. We will be referencing the Part 9 plan as it is more relevant to our discussion. The residential plan outlines 5 steps towards Net Zero Ready new construction by 2032.

The first step is intentionally made to be very easy to achieve. Step 1 is being enforced by multiple municipalities already and essentially is building to current BC Building Code, while also including Energy Modeling and Airtightness testing. It is designed to make you feel more confident and give you some experience for the upcoming steps towards Net Zero. The Step Code marks a major turning point in the construction industry in BC and potentially around the world. At Built Prefab, we are taking many of these steps in our own designs already. Including improved building envelopes, energy efficient HVAC systems, and energy efficient design.

The step code is a somewhat voluntary process at this stage, with different jurisdictions adopting some part of the standard. 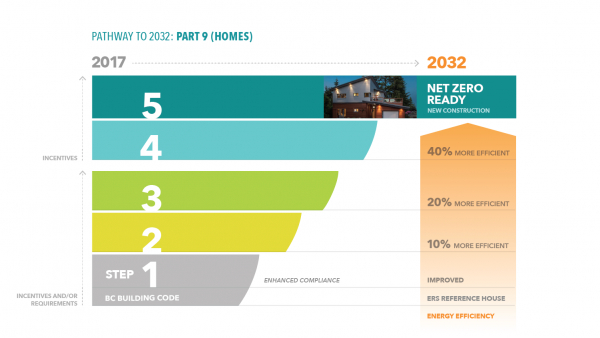